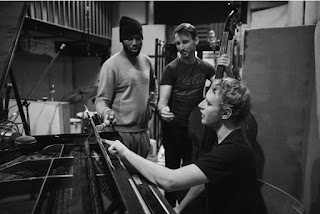 Keyboard wizard Joe Webb is a cat on the rise, regularly to be found at Ronnie Scott’s, Kansas Smitty’s & venues across Europe. Little wonder then that Joe has attracted Empirical founding fathers Tom Farmer : db and Shaney Forbes : d to his side giving life to Joe’s hugely impressive compositions. I entreat you to follow the links herein for manifest musical delights - and then come get it “LIVE”
weareubuntumusic.com
bit.ly/2EXYj0W
bit.ly/2F3Ckpj
bit.ly/2Medksw
bit.ly/2Q2X3Qz 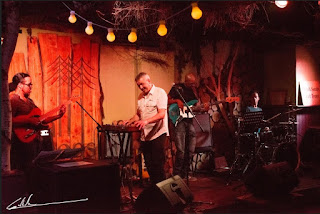 Dual Space is a collaborative project between multi instrumentalist Jeremy Platt (Guitar, piano, melodica, voice) and guitarist Martin Chung (guitar and electronics). Focusing on their mutual love of improvisation and strong rhythmic grooves, the duo perform everything from Burt Bacharach tunes to influences from funk and soul. On this occasion they are joined by Clinton McFarlane : b and Geoff Hewitt : d.
www.withoutunderstanding.com/
bit.ly/2MKIxee
bit.ly/2MM0IjD 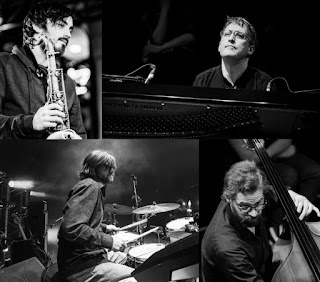 Promoting forthcoming album CONFIGURATION (Ubuntu Music : 01 May 2020), John Law’s Congregation combine intricate yet strong, highly melodic acoustic instrumental compositions accompanied by subtle, electronic ambient textures, negotiating a path between contemporary jazz, rock and John’s original classical background, to produce highly visual music, almost filmscapes, each in its own particular emotional sound world.
Bringing together three outstanding young musicians from the world of contemporary jazz, each of them highly skilled in many musical genres. Featuring James Mainwaring, from Mercury Prize jazz winners and European Jazz Competition finalists Roller Trio, playing both saxophone and guitar, and adding occasional subtle electronic textures to the music. Philharmonic Young Composer Ashley John Long is one of the most in-demand young bass players in the UK; alongside his varied work in jazz, from mainstream to freely improvised avant-garde playing, he is also a classical virtuoso, playing in many contemporary and baroque ensembles and is widely known as a contemporary classical composer. Joining the quartet for this tour is the brilliant drummer and bandleader Dave Smith, long-time member of Robert Plant’s group. Dave is one of the most explosive drummers in the UK, working in jazz, rock and improvised music. He has made a special study of West African drumming and brings to the Congregation a wide pallet of contemporary grooves and colours.

“When he records for ECM he’ll become a star!”    Jazzthetik, Germany 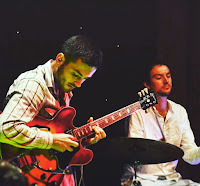 Into an already hectic schedule with Europe’s jazz glitterati occasioned by their unbelievable talents, the Rob Luft Band is in album launch tour mode. Multi-award-winning and now BBC Radio 3 New Generation artist, his debut album, “Riser”, was released to pan-European and US critical acclaim : “a very sophisticated debut, but given Luft’s old-soul achievements since his early teens, we should have heard it coming” (J. Fordham).
Rob Luft - g, Joe Wright - sax, Joe Webb - keys,
Tom McCredie - b, Corrie Dick - d 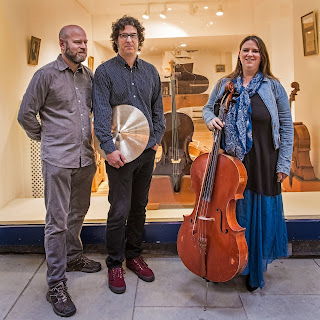 Records) showcases the vast array of Smart's musical influences, drawing on her unique background gained from ten years living in Jerusalem and working with the overlapping worlds of jazz, Arabic, Turkish and North African music, and with artists such as Avishai Cohen, Omer Avital and Yasmin Levy.
Since returning to London, Smart has established herself firmly on both the jazz and world music scenes, working with artists including Neil Cowley, Mulatu Astatke, Robert Mitchell, Misha Mullov-Abaddo, Maciek Pysz and Alice Zawadzki whilst appearing at numerous festivals in the UK and abroad.
Also a keen educator, Shirley has given numerous workshops as well as teaching Jazz and Improvisation for the RCMJD and City University.

"...some of the most inventive use of the cello I have heard for some time.." Kind of Jazz

"Smart’s playing is particularly remarkable. She readily demonstrates a wide range of techniques incorporating an understanding of improvisation drawn from a jazz background and her extensive knowledge of Arabic maqam..." Songlines

Welcome one and all ..

JATPjazz, nee Jazz at The Priestley now resides at
The Bradford Latvian Club
5, Clifton Villas
Bradford,
BD8 7DY
01274 546235
info@bradforddvf.co.uk
.. where, on the 1st Friday of every month, except August, at 20:30, you will find ..
- fantastic jazz from the established jazz names of the North
- fantastic jazz from the up-and-coming talent of the North
- good acoustics and excellent sightlines
- a warm welcome
- a great bar
.. and all for £7 or £5 for members and Students.
JATPjazz is a not-for-profit organisation, the aim of which is to promote live jazz and its performers primarily in the Yorkshire and Humber region for the benefit of all. JATP is graciously supported in its endeavours by a number of marvellous and generous Patrons. If you would like to support jazz in Bradford and help perpetuate JATPjazz, please contact one of the committee members at the next gig. All support is very much appreciated, valued and without getting too mushy - VITAL!

Please direct all enquiries regarding gigs to jatpjazz@gmail.com
I will reply as soon as possible, whilst sitting quite high up the totem pole of life, JATPjazz is not my source of income which generally comes prior. Hell it's 'jazz'?? of course you understand??
Thanks in anticipation of your patience
Martin Powell

Tuesdays at 19:30 @ http://blackdykemills.thomaswoollard.com/events-all/
Occasionally @ Bradford Playhouse but do check their web @
http://www.bradfordplayhouse.org.uk/

JATPjazz is proud to be a member of the UK's only association of voluntary, NFP Jazz Promoters ..